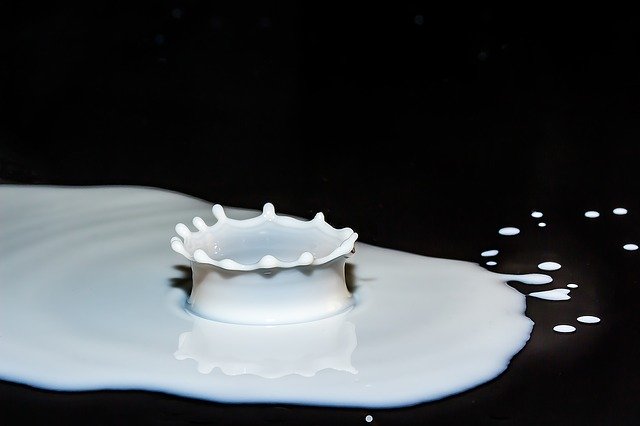 The global UHT milk industry is projected to grow significantly in the coming years, reaching a substantial 124.77 million tons in 2024 as compared to 95.73 million tons generated in 2018, registering a CAGR of 4.57% from 2019 to 2024. Stakeholders across the UHT milk industry are expected to highly invest and adopt UHT milk for lucrative business prospects. The rising concerns over global food security and sustainability have led to extensive government initiatives for milk production across the world. Further, the evolving dietary patterns and increasing urbanization have led to a considerable demand for healthy and fresh milk.

The disruption of UHT milk in the milk industry has visibly become a success in the recent years and has gained significant recognition for the distinctive features it has to offer to its consumers. Developed nations, especially in the European region, have actively adopted UHT milk as a regular and prominent way of consuming milk. The industry is also gradually addressing the needs of those who are lactose-intolerant by introducing specialized UHT lactose-free milk variant. Such essential features of UHT milk are what makes this variant largely distinctive as compared to fresh dairy milk.

Most of the leading manufacturers are actively involved in the production of UHT skimmed milk, which is the most premium category of UHT milk. Due to the various health and dietary benefits it offers to a large section of the population such as enhanced amounts of vitamin D and calcium, this category is becoming increasingly popular in terms of consumption amongst the UHT milk consumers. Consumers such as young women, health-conscious individuals, and the elderly are increasingly preferring UHT skimmed milk as compared to UHT whole milk in order to fulfil their dietary requirements through adequate milk consumption. UHT milk producers are actively focusing on promotional and marketing activities to attract new customers.

Europe is expected to maintain market dominance in the UHT milk industry in the forecast period, owing to the increasing adoption of UHT milk by the majority of the population in the region. Asia-Pacific is expected to become one of the most lucrative markets for UHT milk in the forecast period. The Chinese UHT milk market is expected to drive the sales volume due to the competitively priced product offerings. Stakeholders across Middle East and Africa are also showing an extensive degree of enthusiasm and exploring various arenas of investment for technologically advancing their industries.

Prominent players in the UHT milk industry are Nestle S.A., Arla Foods, Lactalis Group, Sodiaal Group, Fonterra Co-operative Group, China Mengniu Dairy Company Limited, and Yili Group, among others. The competitive landscape for the UHT milk industry demonstrates an inclination toward companies adopting strategies such as business expansion backed by incentives of expanding to new regions and building a strong customer base. Key players are also engaging in mergers and acquiring comparatively smaller companies, which have a strong regional presence. Industry leaders in this market are actively opting for this strategy to improve their market position. For instance, in January 2019, Lactalis Group acquired India-based dairy business of Prabhat Dairy to improve their regional presence in the country and cater to the increasing local demand for UHT milk; while in April 2017, Danone S.A. acquired the North America-based dairy company, WhiteWave, to operate as DanoneWave in the region.

Key Questions Answered in this Report:

• How is UHT milk a viable solution to the increasing global milk demand?
• What are the major factors promoting the uptake of UHT milk?
• How is the associated high cost affecting the overall adoption of UHT milk?
• How competitive is the industry in terms of market developments by key players such as business expansions, collaborations, acquisitions, agreements, and new product developments?
• What are the key strategies, both inorganic and organic, that are being adopted by market participants to expand their market share, regionally as well as in new product lines?
• What has been the impact of market forces in the global UHT milk market in the last three years?
• Which is the most common milk type offered to consumers in the UHT milk segment?
• What is the expected growth potential for different distribution channels during the forecast period?
• Who are the leading players offering UHT milk in the market?
• What is the expected future scenario and revenue generated by different types of milk?
• Which was the most dominant region in terms of UHT milk adoption, revenue generation, and presence of companies as of 2018?
• What are the internal and external factors that impact the company’s positioning in the market?

BIS Research is a global B2B market intelligence and advisory firm focusing on those emerging technological trends which are likely to disrupt the dynamics of the market.

As a leading market intelligence provider, BIS Research stands out of the crowd by complementing the data with valuable insights and actionable inputs for the client’s success.