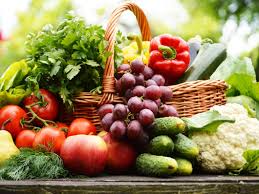 A greenhouse also called as glasshouse is a structure with walls and roof made mainly of transparent material such as glass, which is used for growth of plants under regulated and controlled climatic conditions. Greenhouses enables production of crops at a time of year when they can’t be grown outdoors. Vegetables such as tomatoes, cucumbers, lettuces, zucchini, eggplants, spinach, pumpkins and fruits such as strawberries, melons, flowers such as roses, lilac, petunias herbs, geraniums, snapdragons, and marijuana are majorly produced under cover. In domestic greenhouses, the glass used is typically 3mm ‘horticultural glass‘ grade, which is good quality glass without air bubbles (which can produce scorching on leaves by acting like lenses). Tomatoes are widely grown in greenhouses, followed by cucumbers.

Plastics majorly used in construction of greenhouse are polyethylene film and multiwall sheets of polycarbonate material, or Polymethyl methacrylate (PMMA) acrylic glass. Commercial glass greenhouses are constructed with high-tech production facilities for vegetables or flowers. The glass greenhouses are equipped with screening installations, cooling and lighting, heating, and may be automatically controlled by a computer. Greenhouses protect the crops from various diseases, especially those which are soil born and tumble onto plants in the rain. Major advantage of greenhouse produce is season extension. Protected crops are less likely to get damaged by wind, rain, and hail so the percentage of marketable products is higher.

Major driver for greenhouse produce market growth is increasing demand for more intensive production of crops due to limited land, water, and labor. Regional governments are taking initiatives to develop new greenhouse production units. For instance, according to the Russian Federation Ministry of Agriculture, in 2016, 160 ha area of modern greenhouses were built in Russia.

Greenhouse production is more expensive than producing the same crop in the open field. Important factors determining costs of greenhouse production are depreciation of the structure and equipment, energy, labor, and variable costs such as plant material and fertilizer. According to the article published in an International Journal of Environmental Sciences, in 2013, comparison of the selling price of an open field and greenhouse cultivated tomatoes concluded that the selling price of greenhouse grown tomatoes was US$ 0.22 more than the open field grown tomatoes. Such factors are major challenges for growth of the market over the forecast period.

According to global greenhouse produce market analysis, North America held the dominant position in the market in 2017, owing to high presence of vegetables and fruits manufacturers in the region, which are estimated to maintain dominance in market throughout the forecast period.

Increasing disposable income is expected to propel demand of greenhouse produce in the Asia, Latin American and Eastern Europe. Shandong is a leader in protected cultivation in China. Shandong has the largest surface area of greenhouses in China. The protected area totaled over 973,000 ha (including 300,000ha solar greenhouses and the rest of different sized tunnels) in 2015.

Based on product type, vegetables segment is projected to gain significant traction over the forecast period. Advances in plant biotechnology, transportation conditions such as plant cultivation friendly vehicle with inbuilt temperature control facilities, and marketing strategies such as advertisement and promotions are the major drivers for growth of floriculture industry and hence flowers segment is estimated to be the fastest growing segment in the global greenhouse produce market. According to United States Department of Agriculture (USDA) the US flower and ornamental plant market was valued at wholesale at US $4370 million in 2015.

On the basis of product type, global greenhouse produce market is segmented into:

On the basis of irrigation, global greenhouse produce market is segmented into:

On the basis of distribution channel, global greenhouse produce market is segmented into:

On the basis of region, global greenhouse produce market is segmented into: